How has this simple vision test evolved? 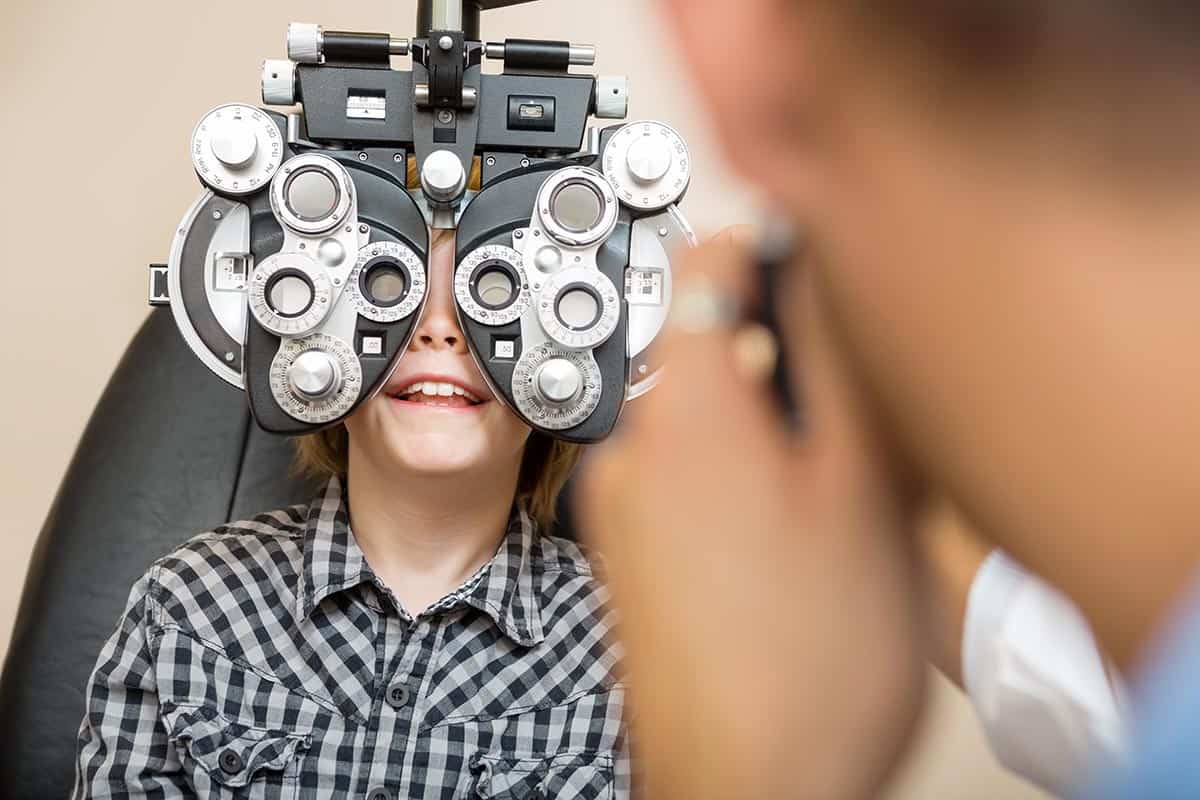 It is a staple in every optometrist office and we have all seen it.   The chart with the lines of letters topped with a big E was created back in 1862 by Dutch ophthalmologist Herman Snellen who developed the chart to measure visual acuity.  Dr. Snellen also came up with the concept of “20/20” vision. 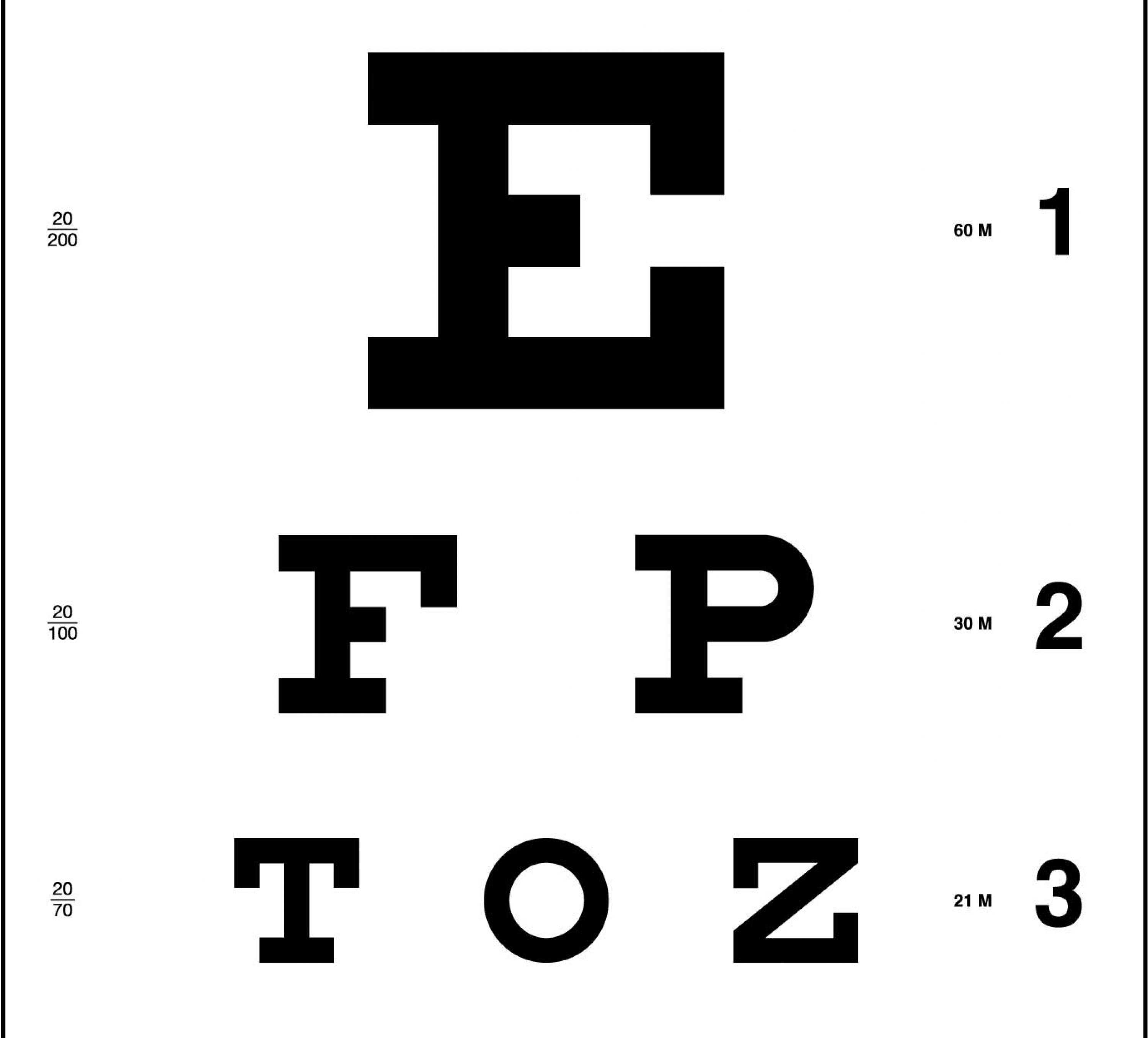 A normal Snellen chart consists of 11 rows of letters starting with one big letter at the top with each line decreasing in size and increasing in the number of letters per row.  You may also notice that the font used on the chart is of a very specific type and there are only a handful of letters used.  These 10 specifically formed letters are called “Sloan Letters”, created by Louis Sloan in 1959.  Prior to this, the Snellen chart used more letters and even some numbers as well.  The 10 letters are C, D, E, F, L, N, O, P, T, and Z.

So, we have the Snellen Chart now combined with the Sloan Letters.  The next obvious question is, “why these 10 letters?”  The answer adds another level to this.. and that is: These 10 letters give comparable results as the visual acuity test called The Landolt Broken Rings. 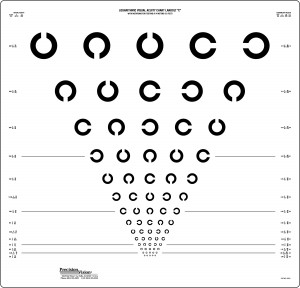 The Landolt Broken Rings, or the Landolt C is also called the Japanese Vision Test.  It is the test also used in most European countries.  The idea is that the person being tested has to identify where the gap in the circle is.  Just as with the Snellen Chart, the rings get progressively smaller the further down the chart you go.  The “C” used by Sloan is actually the same “C” used by Landolt.

The Font created by Sloan has been designated as the US Standard for acuity testing by the National Academy of Sciences, National Research Council, Committee on Vision in 1980

So what does all of this mean, and what does this have to do with “20/20” vision?  Well, that has to do with the sizes of each of the lines.  Back to the Snellen Chart, you see that next to the big E, there is a label that says “20/200” and on each line the second number decreases along with the size of the letters.  The second line is labeled “20/100” all the way down to the 8th line, which is labeled “20/20”.  But what does “20/20” mean?  Basically it means you can see items from 20 feet away that most people can also see from 20 feet away.  It means you have average sight.  Not perfect sight, but average. “20/10” means you can see items from 20 feet away that most people would need to be 10 feet away from, so your vision would be better than average.  As you go up the chart the further below average your vision is.  If you cannot read the big E, it means you cannot see at 20 feet what the average person can see at 20 feet.

Of course, this test, which is the most known, is not the only test performed.  It is only one tool in the toolbox.  This sort of test cannot tell how well you perceive contrast, color, depth, and peripheral sight. The Snellen chart also can’t test the overall health of your eyes, like pressure, glaucoma risk, and retina shape.

How well can you read the Snellen chart?  Make an appointment to come on down and see for yourself. While you are at it, let us do all of those other tests as well.